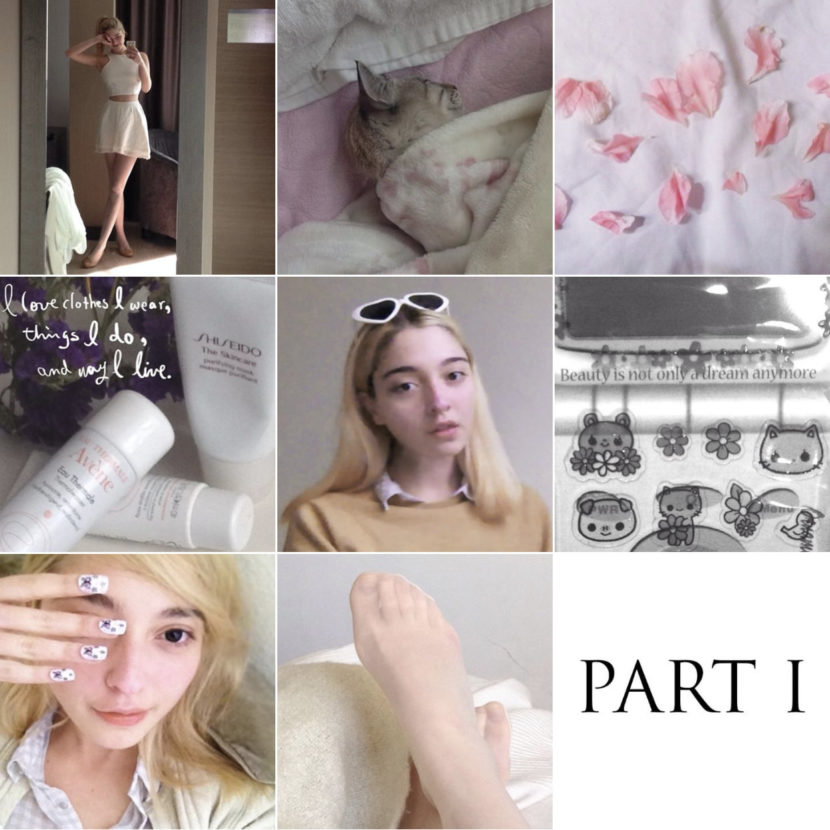 The make-up, the gloss-over, the design of a lifestyle in samples (of course not continuous or for real) the “aestheticization of everyday life in social media…has leeched the authority of image-making from mass media and from art” (critic Brian Droitcour) – but to what ends? What story is it that you wanna communicate over social media which is different from Trump glossing over his 6x corporate bankrupcy (3 billion USD debt!) with the US reality TV show „The Apprentice“?

Trump has filed Chapter 11 bankruptcy for his companies six times. Three of the casino bankruptcies came during the recession of the early 1990s and the Gulf War, both of which contributed to hard times in Atlantic City, New Jersey’s gambling facilities.* He also entered a Manhattan hotel and two casino holding companies into bankruptcy. Does this sound like a life-story you wanna copy?

You wanna show how easily successful and authentic you are, emotions and all, and it is still just a marketing campaign to get attention dollars in. Lets be honest, we crave for attention and love, appreciation and making the big buck –  best for being appreciated. New Media artist Amalia Ulman showed this clearly becoming an „IT girl“ (no pun intended, if some of you read information technology) with “Excellences & Perfections” in 2014.

That renders true, IMHO, for all genders. The battle zone becomes the reach you have to be recognized as  „popular“. Or to put it with the artist Hannah Black, “Once, only the professional Hot Babe adorned all major media outlets; now social media makes of everyone a Hot Babe, should they be willing.” Are you, are we, am I really willing?