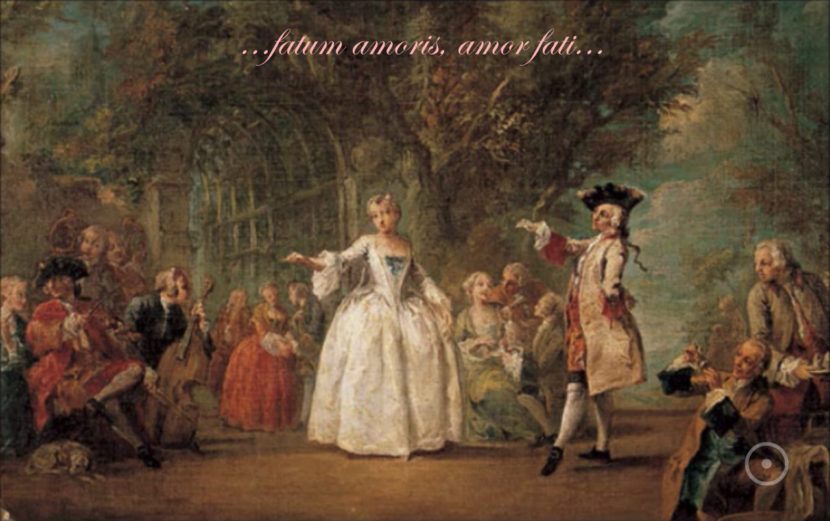 Giacomo Casanova (1725-1798) usually – but not rightfully – conflated with Molières Don Juan (1665) could be standing much more for romantic love than he superficially is given credit for.

In Heinz von Sauter´s prolific and more accurate translation of Casanovas “The History Of My Life” Manés Sperber, an Austro-French writer, social psychologist and philosopher, got invited to write a preface about love. There makes the case that the adventurer is much more driven by relishing all of his senses and making somebody fall in love with him, but also seeking his own sentiment being moved by the object of desire, so that his own love is needed in the process. That exceeds by far the self-referred, egomaniacal deception and tactics of the usual seducer staying cold and just working until he sees submission and success. He further elaborates:

Manés Sperber (1905-1984) was himself an unusal character with a moving life history in between Vienna, Berlin, Paris, ex-Yugoslavia and Southern France. He was pupil and collaborator of Alfred Adler, the founder of individual psychology but politically differing from his teacher. As a co-founder of the Marxist wing of the Berlin Society for Individual Psychology, which split in 1929, Sperber´s most well-known work became his novel trilogy “Like a tear in the ocean”, which bears strong autobiographical traits. It was filmed in 1970 for the WDR. Similarly, in 1972, the feature film “Une larme dans l’océan” produced by the French director Henri Glaeser, which deals with a chapter of the trilogy, and got premiered in Jerusalem.

The action of the trilogy takes place in the period between 1931 and 1945 and reports on the ideological delusions of the Communists and the Communist Party. It tries to replace humanity and truth with violence, immaturity and dictatorship.

Casanovas conquests were “equally weighed in semen as in tears”, as Sperber puts it. Nothing does underline this more than loosing Charlotte, a young pregnant Aristocrat woman of 17 years in Paris after she has given birth to a son – the offspring of her love to an adventurer friend of Casanova called de la Croce. Giacomo avowed to take care of the woman while Crosin (as he called him) had to flee alone from the notorious Belgian health resort Spa because of his gambling debts. It is a funny detail that our general term “Spa” derives from this infamous gambling hell, catering healing water and relaxation to a distinguished clientele.

The Venetian seducer had nothing from her due to her condition, but nevertheless fell in love and supported her, sharing her bed in a platonic way and not leaving her until she passed away. It took im a long time to get over Charlotte, a “perfect match” even though she left him unsatisfied and lonely. Being expelled from his beloved Paris and loosing his mentor and fatherly friend Senator Bragadin in the same moment was certainly a low point in his entire life. Fleeing to Spain on a mule with not much money left, he exposed himself slowly to a society equally keen on conservative Catholic mysticism and frivolous adventures.

Casanova admits while unsuccessfully searching for partners at the balls and social events in Madrid:

I felt the need for love and found no creature that would have enticed me.

The feeling of Casanova exploring Madrid in 1768 when he being 43 got for the first time exposed to the Spanish dance called “Fandango” – brilliantly expressed in this piece by Domenico Scarlatti interpreted by the harpsichord:

The composer Giuseppe Domenico Scarlatti (1685 in Naples – 1757 in Madrid) was a fellow Italian compatriot and harpsichordist, but already deceased when Casanova moved there. His main importance lies in the sonatas for harpsichord, which are among the most original of their genre in the 18th century.

Casanova himself learned the dance with a teacher so that he was able to perform it at masked balls in the >Canos de Peral< when the famous Count of Aranda publicly allowed these sensual movements. Casanova seemed to have been driven by the urge to love, but also quickly driven away when it really became serious. He repeatedly managed to marry his conquests to other men or simply was scheming his way out of the responsibilities he may have instigated. Love did not stay for him.