A Child In The Dark

“#achildinthedark – gripped with fear, comforts himself by singing”, a book project in reverse seeding. The whole chapter of “Twittering Machine” from the book “A Thousand Plateaus: Capitalism and Schizophrenia” by Gilles Deleuze & Félix Guattari (1980, translated by Brian Massumi) gets transcribed and re-typed into a stream of tweets. Recreating the thoughts as 140-character fragments of A Child In The Dark – to be read bottom-up. The tweets were automatically copied and archived in the Library of Congress, as part of their general twitter archive till Dec 2017. 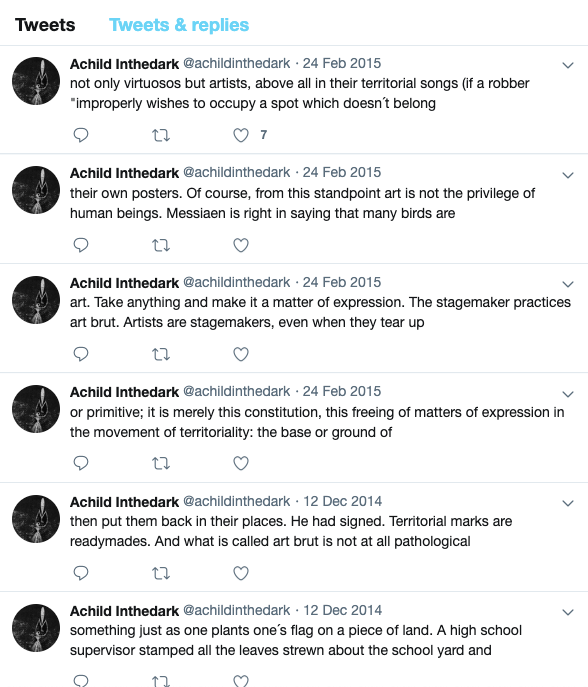