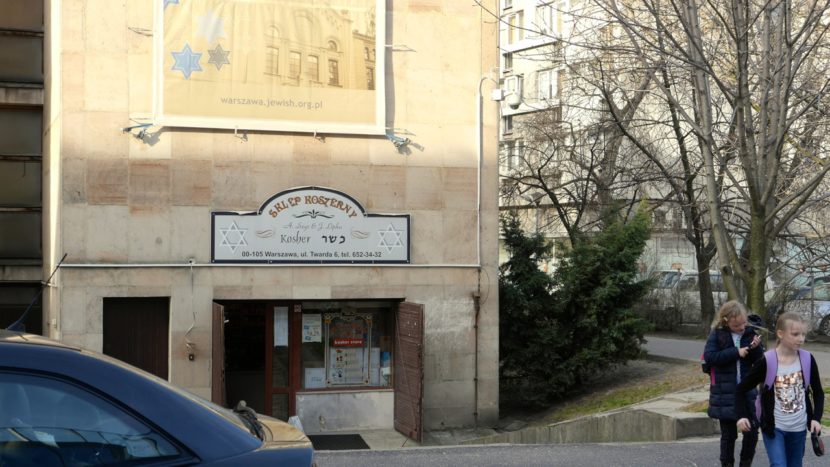 Never underestimate people cornered and fighting for their life. It´s beautiful to see some Jewish life blossoming in Warsaw again, after having the biggest Ghetto in town run by the German occupiers, deporting people to get killed in concentration camps till 1943 – the year when the Ghetto rebelled. The Warsaw Ghetto (German: Warschauer Ghetto, officially Jüdischer Wohnbezirk in Warschau, “Jewish Residential District in Warsaw”; Polish: getto warszawskie) was the largest of all the Jewish ghettos in German-occupied Europe during World War II with over 400,000 Jews imprisoned there, at an area of 3.4 km2. The total death toll among the Jewish inhabitants of the Ghetto is estimated to be at least 300,000 killed by bullet or gas, combined with 92,000 victims of rampant hunger and hunger-related diseases.

The Warsaw Ghetto uprising in January 1943 was a desperate attempt to resist the deportations to Treblinka and other mass killing sites, embellished as “resettlement to the east”. After almost four months without deportations, the Germans suddenly entered the Warsaw Ghetto intent upon further roundups. Within hours, some 600 Jews were shot and 5,000 others removed from their residences. The Germans expected no resistance, but the action was brought to a halt by hundreds of insurgents armed with handguns and Molotov cocktails. For 3 months the Jewish forces could fight off the Germans but the Waffen SS retaliated with brutal force and ended the uprising with toll of about 60.000 people murdered on spot. The area of the Ghetto was turned into the Warsaw concentration camp.

This is not to be confused with the only organised uprising in German occupied area done by the remains of the Polish army and civil insurgents – the Warsaw uprising in 1944.

I was there in 2014 when parts of Warsaw still looked like as if WW2 just left 1 year ago. Houses with bullet holes, void areas with rubble being piled up, memories of a grim past at every second corner.